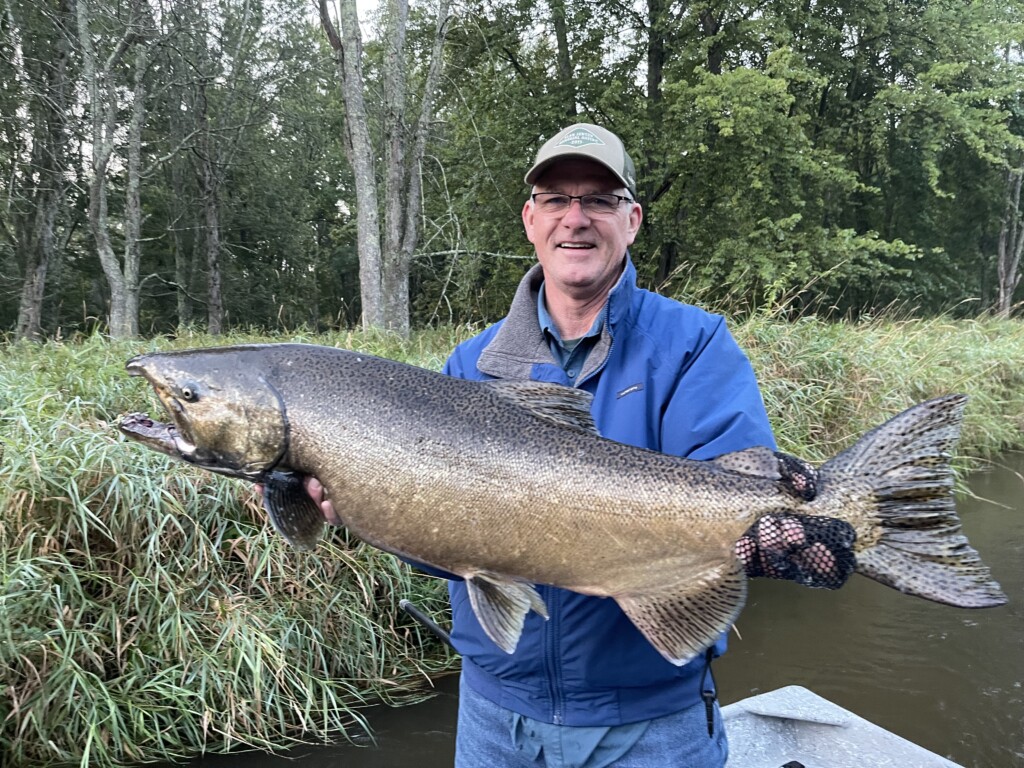 The Muskegon river is going through its annual transition from late summer trout and smallmouth bass fishing, to the arrival of our annual salmon run and following, fall steelhead.

Some salmon have come into the river and are “staging” in pools and runs in the lower river.  As cooler weather come in, and hopefully more rains, we’ll see more salmon come in from lake Michigan on their annual spawning run.

With both fly fishing and conventional equipment, we’ll be fishing for these apex predators of the great lakes through most of October, then fall steelhead will follow and we’ll pursue them through December and even into early January, depending on river levels and temperatures.

I’ve spent all of my September up to this point on the Pere Marquette river, fishing mostly in the lower sections of the PM, fishing with conventional gear, casting lures and running bait rigs under bobbers.  We’ve seen some real beasts up to this point and hope the same holds true for the Muskegon river in October.

I’m running thin on open dates for most of the fall salmon and steelhead season, so if any are considering a fall outing, best to touch base sooner than later to talk about open dates.  Call if best – 616-560-3195, or email if easier – jrbacon@ameritech.net