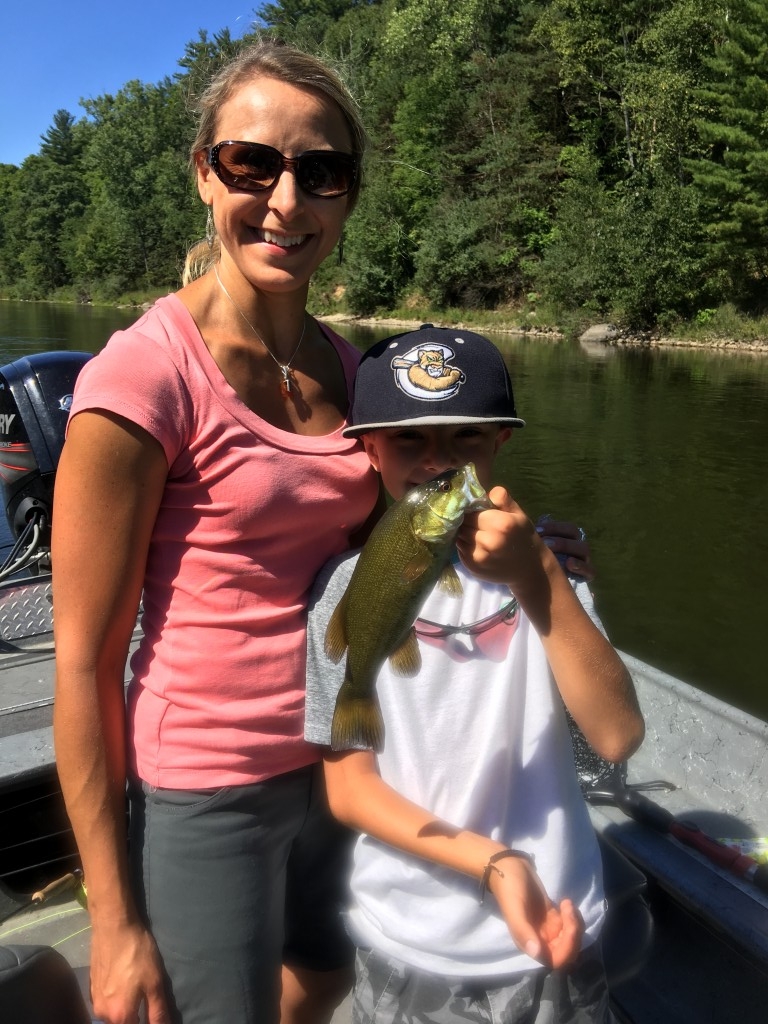 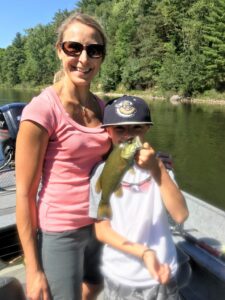 Linda, with son Nathan from IL, with her FIRST smallmouth bass caught on a fly on the Muskegon river.

The Muskegon river fishing report for the Newaygo, MI area is about late summer Smallmouth bass….along the the occasional Northern Pike.

With both fly fishing and light spin tackle setups, we’re catching fish with both topwater offerings and subsurface imitations of baitfish, crayfish and general “attractor” patterns.

With a few random showers in the forecast over the next week, river conditions should not change much in the days ahead.

Present water temperature in the Newaygo area in the 72-73 degree range today.