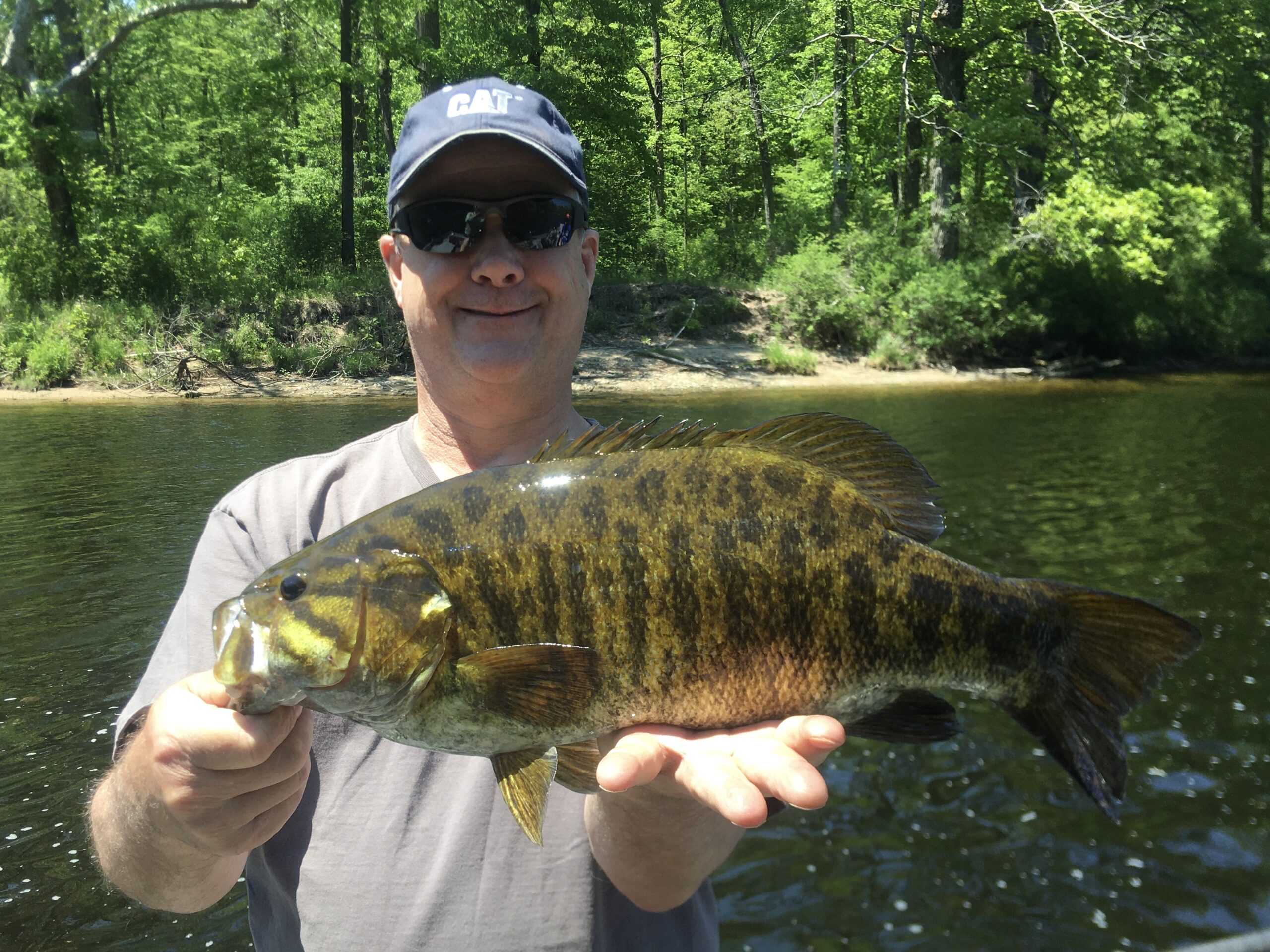 Both the smallmouth and the largemouth bass – the black bass of the sunfish family – are top game fish with lots of fight and fine-tasting flesh.

The smallmouth bass derives its name from the fact that the rear end of the lower jaw does not extend past the eye, while that of a largemouth does. Smallmouth Bass reside in cooler rivers and inland lakes, as well as Great lakes bays where waters are cool and clear, and the bottom is rock or gravel. Ideal smallmouth habitat contains protective cover such as shoal rocks, talus slopes, and submerged logs. Their preferred water temperature is 68-70 degrees F, cooler than that of the largemouth bass.

Spawning activity begins in the spring when water temperatures reach 60 degrees F or more. The male builds a nest in quiet water, usually near shore, or downstream from an obstruction that causes a break in the current. Since the male will guard the eggs and the newly hatched fry, the nest is never far from deep water, or cover, where he can retreat when frightened. The eggs, which are larger than those of the largemouth bass, hatch in 2 to 3 days. Then the newly hatched light-colored fry drop down into the bottom of the gravel nest for three or more days.

By the time the fry work their way out of the gravel on the ninth or tenth day, they are very dark in color. Under the watchful eye of the male, they swim in a dense dark cloud over the nest for a few days, then begin to disperse. At first they fry eat microcrustaceans, but soon add insects and fish to their diet as they grow in size.

Smallmouth bass mature at age three or four, and occasionally live to be 10 to 12 years old. The usual smallmouth seen by anglers is 8 to 15 inches long, and weighs less than three pounds, however much larger fish are there to be caught in several west Michigan rivers !