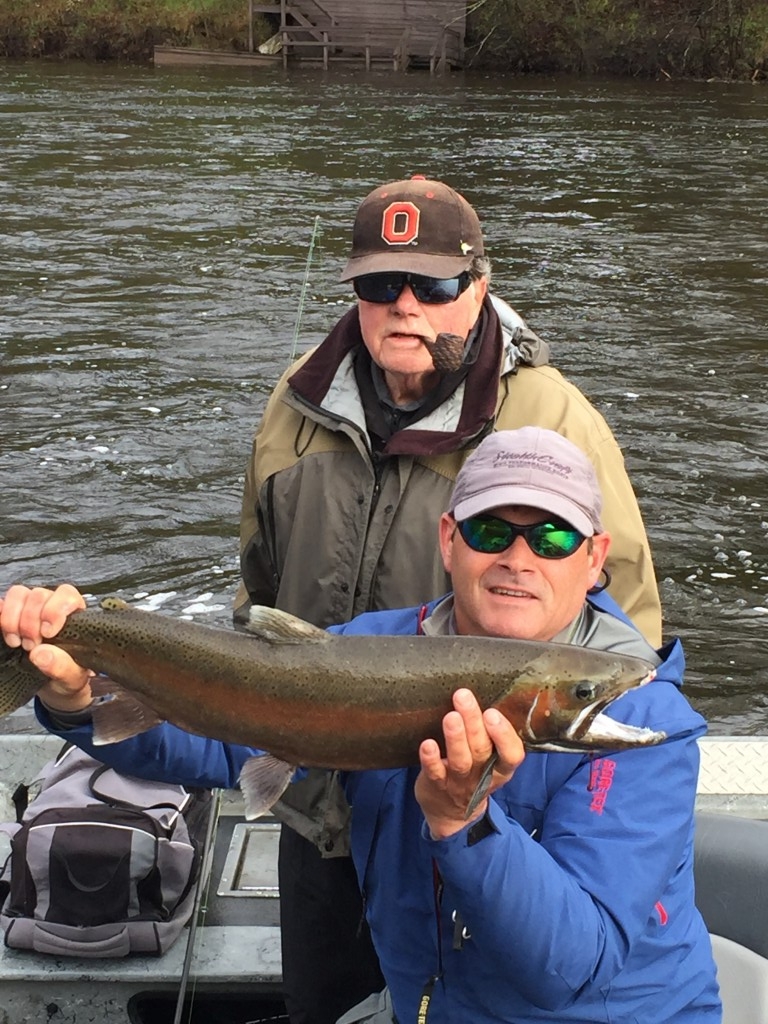 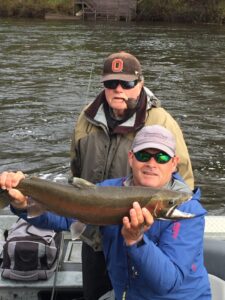 Dr. Dan, from Port Huron, wearing “that” hat…..it has seen quite a few steelhead over the years !

The Muskegon river trout fishing report for early May is still focused on our spring steelhead run, as we got another push of fish in from lake MI to chase around as long as river conditions allow for it.  The heavy rains that have come through much of the Midwest in recent days, has brought the river up quite a bit.  It’s still holding at “fishable” levels, but if it comes up any more, we could lose visibility.

When such weather does come through and affect visibility for steelhead fishing, it can mean GOOD water color for fishing streamers for resident Rainbow and Brown trout.  Many people have gotten the streamer itch as of late, I’ve seen friends and/or fellow guides from the Pere Marquette and Manistee rivers on the Muskegon over the past week+. 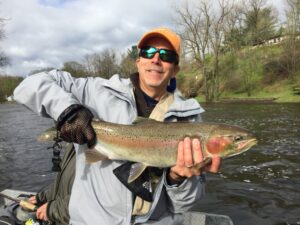 As we wrap up our spring steelhead season here shortly, all attention and efforts will be focused on trout fishing.  As steelhead wrap up their spring spawn, migratory suckers will be next to spawn and some trout will be caught right behind them, on small nymphs and sucker egg patterns. 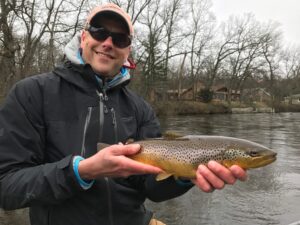 As water temperatures get into the 50’s and start climbing, we’ll be coming into prime hatch time, starting with Caddis and followed by Sulphurs, BWO’s, Gray Drake, Isonychia’s and Brown Drakes.  Last year we did have some March Browns coming off in late spring, which is a “new bug” for us on the Muskegon river and I’ll be interested to see how good this hatch becomes and if it brings trout to the surface.

With an extended forecast calling for some rain over the next week-10 days and temperatures ranging from upper 30’s to mid 50’s, I don’t think we’ll see much for hatch activity until mid to late May, but mother nature will determine that.