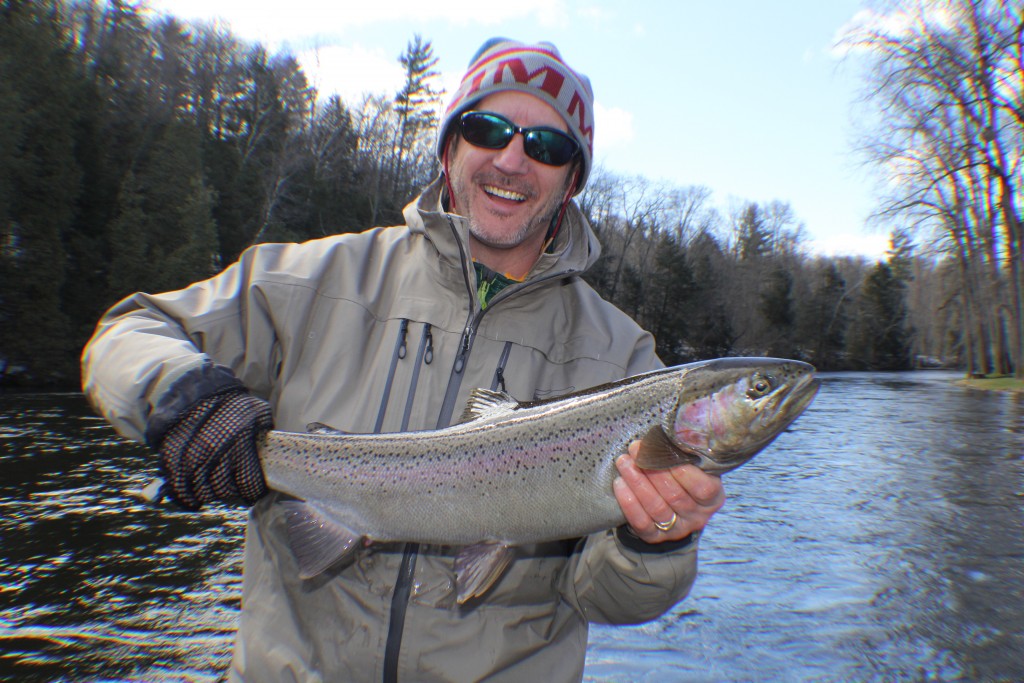 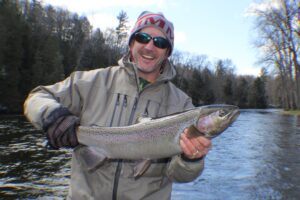 Steve, from west Michigan, with a speedy Muskegon river steelhead.

The Muskegon river near Newaygo, MI is running above average flows due to rain/snow mix that came through Michigan mid week.  Average flows for this time of late March is around 2800 cfs, present readings are just over 4000.  Up, but by NO means too high/blown out.  Visibility surprisingly good for present levels.

We are in our spring steelhead run on the Muskegon river and will be through early-mid May, depending on weather over the next month.  With both fly fishing and light spin tackle equipment, we’re catching “staging” steelhead in pools and runs near spawning grounds.  I did see a few spawning fish the other day and some trout behind them gobbling up eggs and larva that  get kicked up during the steelhead spawning process. 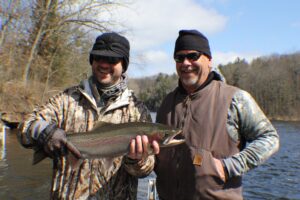 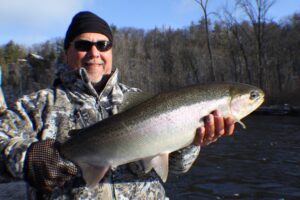 With our long range forecast being more “normal” than either the 70 degree days of a couple weeks ago, or the upper 20’s and snow/sleet mix of this past week, we should see river temperatures continue to rise, which will bring more steelhead into the river from lake Michigan

Present water temperature a bit under the 40 degree mark.