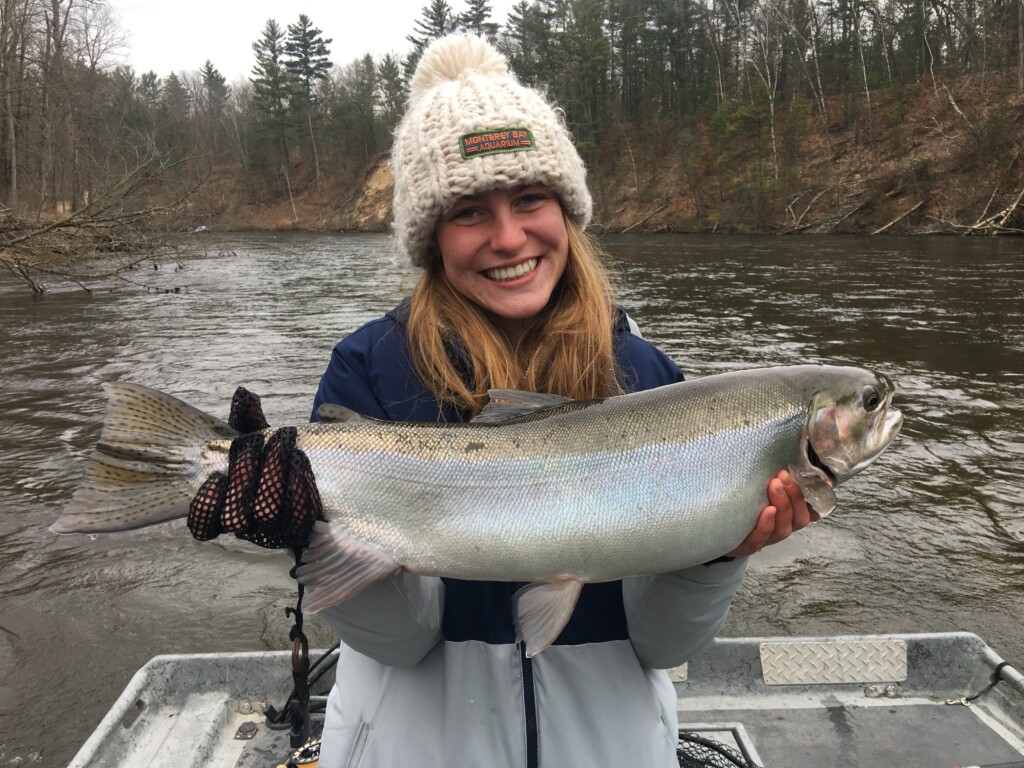 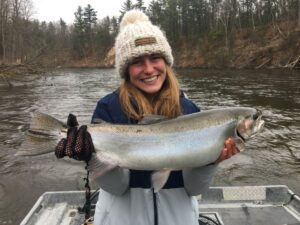 The Muskegon river steelhead fishing report for March 22, 2020 in the Newaygo, Michigan area is about the onset of our spring steelhead run and the fishing it will provide over the next 5-6 weeks.  We have arguably one of the longest spring steelhead runs of any river in the Midwest, starting in mid March and going well into May most years.

With next to no snow melt to run off this year, we should see the river come alive really fast once river temperatures finally make it above the 38 degree mark and approach the magical 40 degree mark.   With some fairly heavy rains over the last couple months, we had above average river levels for most of that 60 day time period, but levels have since begun to drop and is not far from “average” flows for this time of early spring.  Click HERE for current Muskegon river water flow data.

Recent outings have found a mixture of new steelhead in from lake Michigan, along with some that had been in the river for a while.  We are seeing some nice, chrome ones and more are sure to follow !

With either fly fishing or light spin tackle equipment, we’re targeting pre-spawn fish that are holding in deeper runs, pools and troughs, not far from spawning grounds.  We’ll be going after these staging, pre-spawn steelhead for the next week+ and then once some fish get up on gravel and get here job done, we’ll have some “dropback” steelhead to target in similar kinds of water.

With cooler nights over the last week, we have yet to see river temperatures begin the gradual, but consistent climb into the 40’s and based on the long range forecast for much of west Michigan, we may not see that jump for another week+.  Click HERE for current and forecasted weather, for the Newaygo, Michigan area.

Current water flow in the 3,500 cfs range and river temperature hovering around 38 degrees.