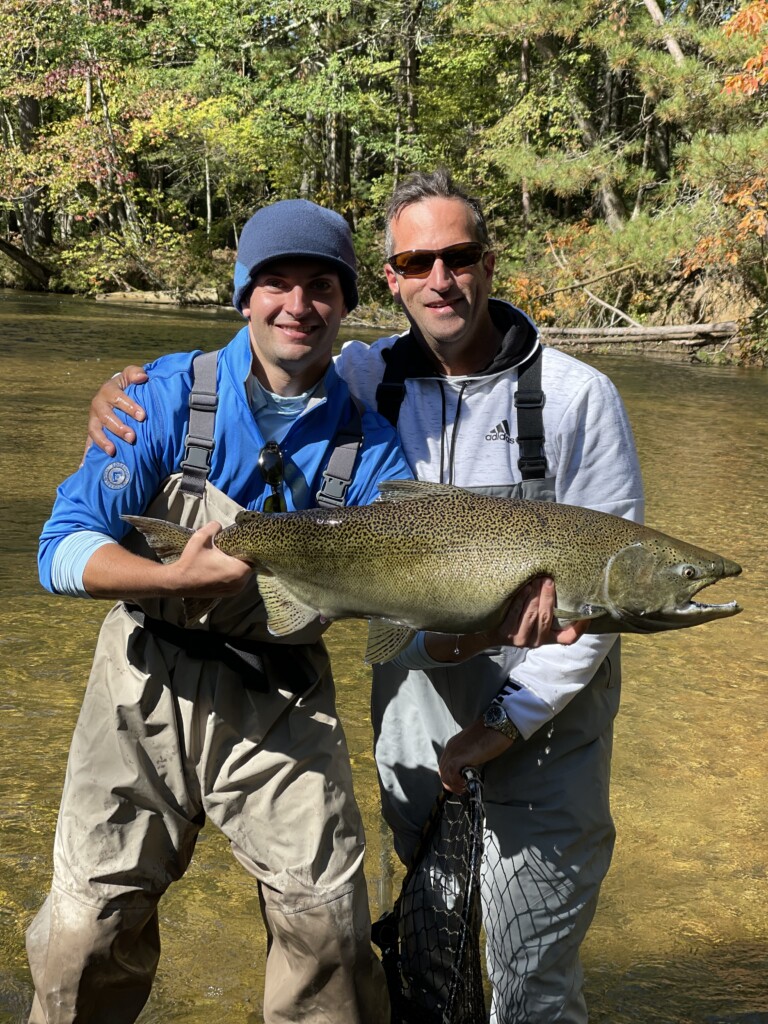 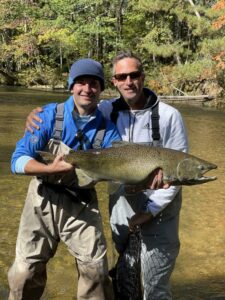 The Muskegon river fishing report for September 29, 2021 in the Newaygo, Michigan area covers the changing of the seasons, the onset of fall and the arrival of great lakes big game fish coming into the river from lake Michigan.   The fall run of Chinook and Coho salmon entering the river on the annual spawning run has begun and some salmon are staging in deeper pools and runs in the lower sections of the river.  Not far behind the salmon will be fall run steelhead, which typically kicks off around the end of October and runs through Christmas.

With both fly fishing and conventional equipment, I will be pursuing both salmon and steelhead on the Muskegon river beginning in mid October.  Most all of my outings over the last month have been on the Pere Marquette river, as that rivers fall run begins much earlier than the Muskegon.  I will be doing some trips on the Manistee next week as well and most of them will be out of the Tippy Dam area. 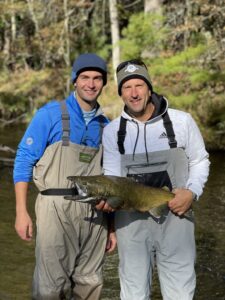 ……and Dan with one of his own from yesterday as well.

The rains that came through most of Michigan last week did bring river levels up some, but they have since begun to drop and it may continue to do so until we see more rain.  Click HERE for current Muskegon river water flow data.  The long range forecast shows mostly sunny and mild weather over the next couple weeks, aside from an outside chance of some precipitation this coming weekend.  Click HERE for current and forecasted weather for the Newaygo, Michigan area.

Should any have interest in scheduling a full or half day outing, touch base soon as open dates are very limited, with only a handful of them open in October, November and early December.