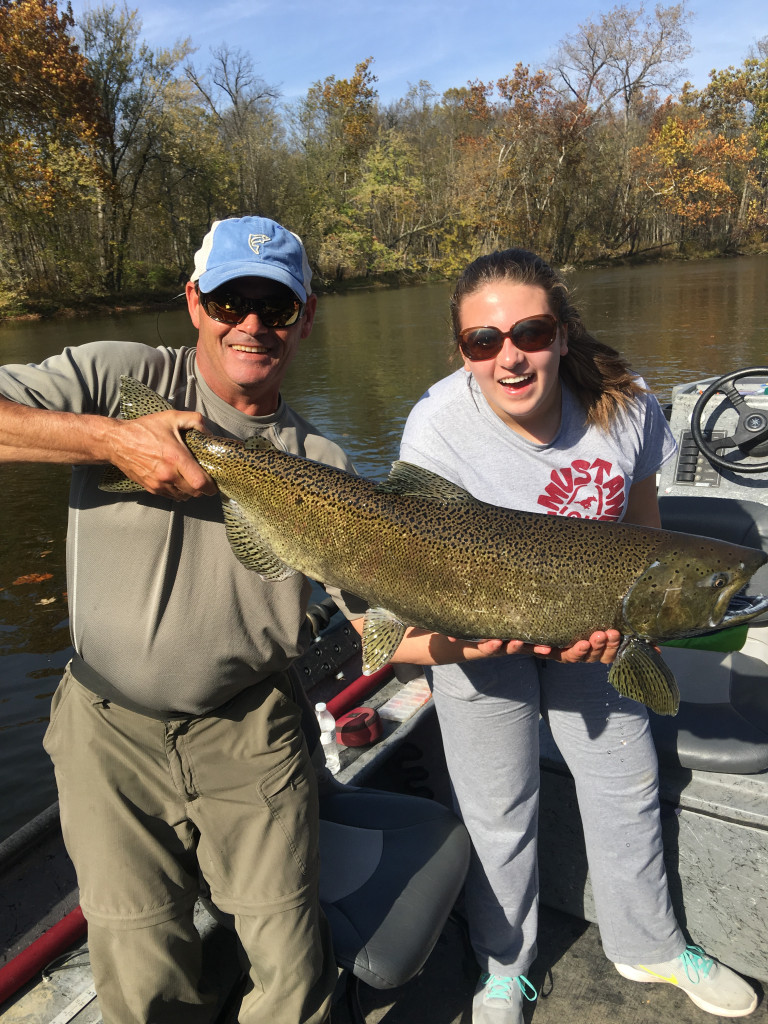 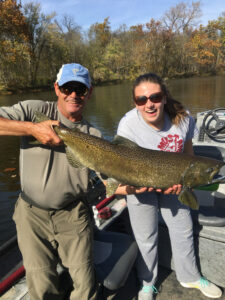 Mackenzie’s first Michigan Chinook salmon !!!!
Fishing with the Parks family from IA for a few days, all had fun and got into some nice fish !

The Muskegon river fishing report for October 25, 2017 in the Newaygo, MI area is about HIGH WATER !!!

We got the rains that many were hoping for, but 2 straight days of it left the whole state of Michigan soggy and MANY rivers at or near flood stage.  The Muskegon river normally runs around 1500 cfs, which is stands for “cubic feet per second”, but is presently running around 6,000 cfs !  That’s a LOT of water and it will take a couple+ days for things to settle down and become fishable again. 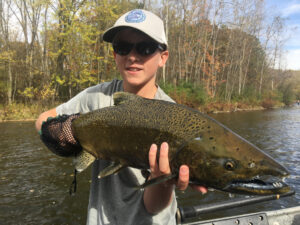 We’re in the tail end of our fall Chinook salmon run, but on the front end of fall Steelhead fishing, which runs through November, December and into January.

With both fly fishing and conventional tackle, we’re able to target both fish in several stretches of the river, in/around the general Newaygo, MI area. 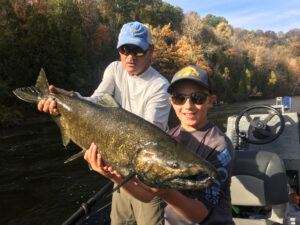 Cash Parks helps me hold up a Muskegon river Chinook salmon he caught recently on a family outing.

With this big push of new water in the river, we may see the last of our salmon run come in quick and it could be wrapping up quickly, but we’ll have to see how things pan out.  I did see MANY new salmon arrive in the river over the weekend and into Monday, but how quickly they complete their annual spawning run has yet to be determined.