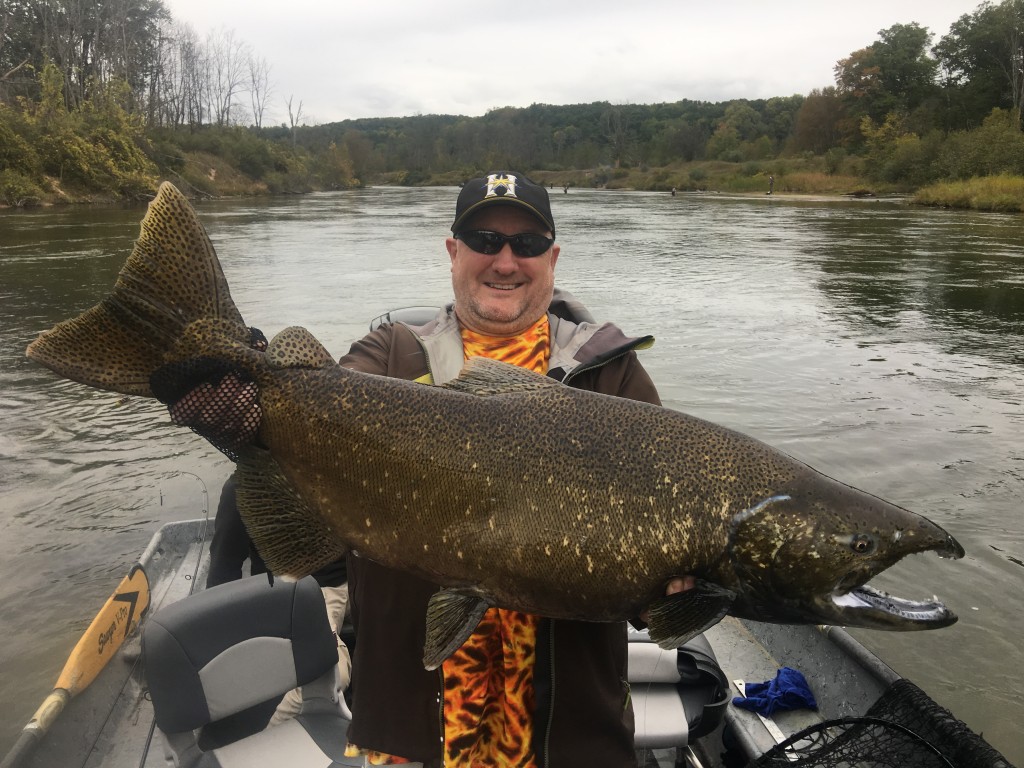 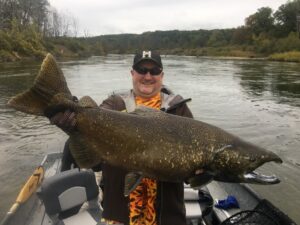 Mitch, from the E. Lansing, MI area, with a Chinook salmon that bottomed out my 30# scale !….a river BEAST !

The Muskegon river fishing report for October 10, 2017 in the Newaygo, MI area is about low, clear and warm water….it looks more like early August, then nearly mid October.

As a result of the return of scorching hot weather that returned to Michigan a couple weeks ago and stuck around for a week+, water levels and temperatures are off schedule, but looking to make a positive turn in the days ahead.

Some of the rains we’ve gotten and have in the forecast will help, but we could really use a good, chilly, 24 hour downpour to brings things back around.

We are on the front end of the annual Chinook salmon run, which based on how things are starting, will undoubtedly go well into November this year, which means our fall steelhead season will go much longer as well, likely fishing good through January this year. 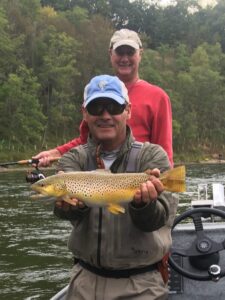 Bill caught this beautiful Brown trout….but I got to hold it for the picture !

Most of my water time over the last week+ has been on the Manistee river, out of Tippy Dam Recreation Area, east of Manistee itself.  That run is going good, with an unusually large number of Coho in the river, as well as Chinook, along with some steelhead and of course the resident Rainbow and Brown trout.  I will be doing trips through this week up there, before coming down to the Muskegon river for good next week.

With both fly fishing and light spin tackle equipment, we’re fishing to some BIG salmon this fall and we should see some BIG steelhead come into the river as well.

Not to be forgotten are the resident Brown and Rainbow trout of the Muskegon river, several large ones are caught each fall as they feast on loose salmon eggs and insects that get kicked up in the salmon spawning process.