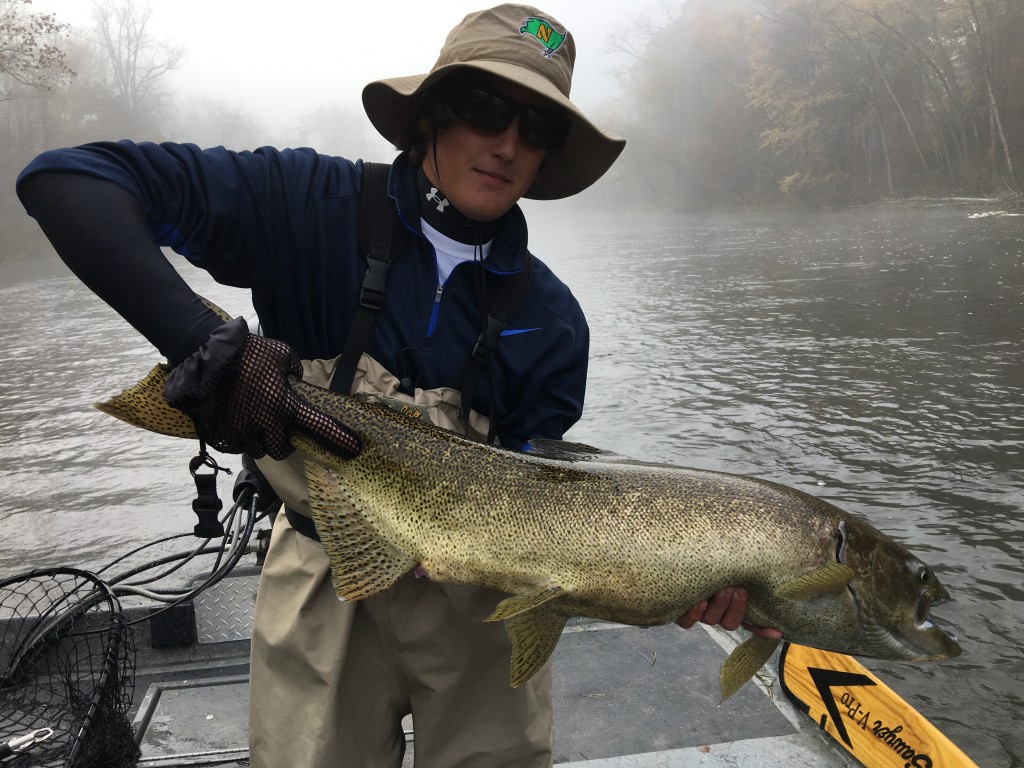 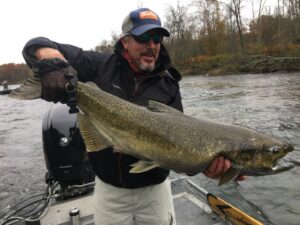 Trevor, from Iowa with a fat and healthy Muskegon river salmon. 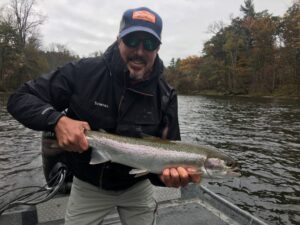 Trevor got a steelhead at the end of the day as well ! 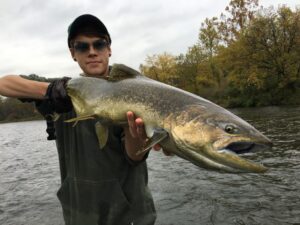 Sam “the sniper” Pellar, with “one of” his several Muskegon river Chinook salmon caught while out on a family outing…..no other pictures of parents Dave or Sue…Sam caught all the fish !!!!! (not really)

The Muskegon river fishing report as we get into the third week of October is about both BIG migratory Chinook salmon, entering the river for their fall spawning run, as well as FALL STEELHEAD !

The salmon run up to this point has been quite good, much better than anticipated from early reports/projections and we’re seeing many fish well over 20# being caught.

The fall steelhead season is also under way, but with water temperatures still rather warm for this time of late October, we’re not seeing a lot of steelhead as of now.  They’re in for sure, many caught not far from spawning salmon, but with dropping water levels and temps still above 60, it’s not prime time yet. 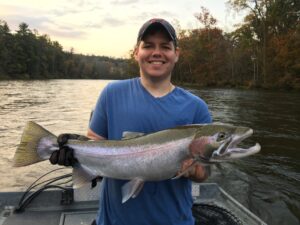 Chris, from Chicago but living in west Michigan now, with his FIRST fall steelhead….and a good one at that !

With both fly fishing and some spin tackle gear, we’re getting into some large salmon and a steelhead here and there as well.

With one of the longest “fall/early winter” seasons of any river in the Midwest, the Muskegon river will have salmon in until around the first week or two of November and steelhead in through December and into early January, pending water temperatures.