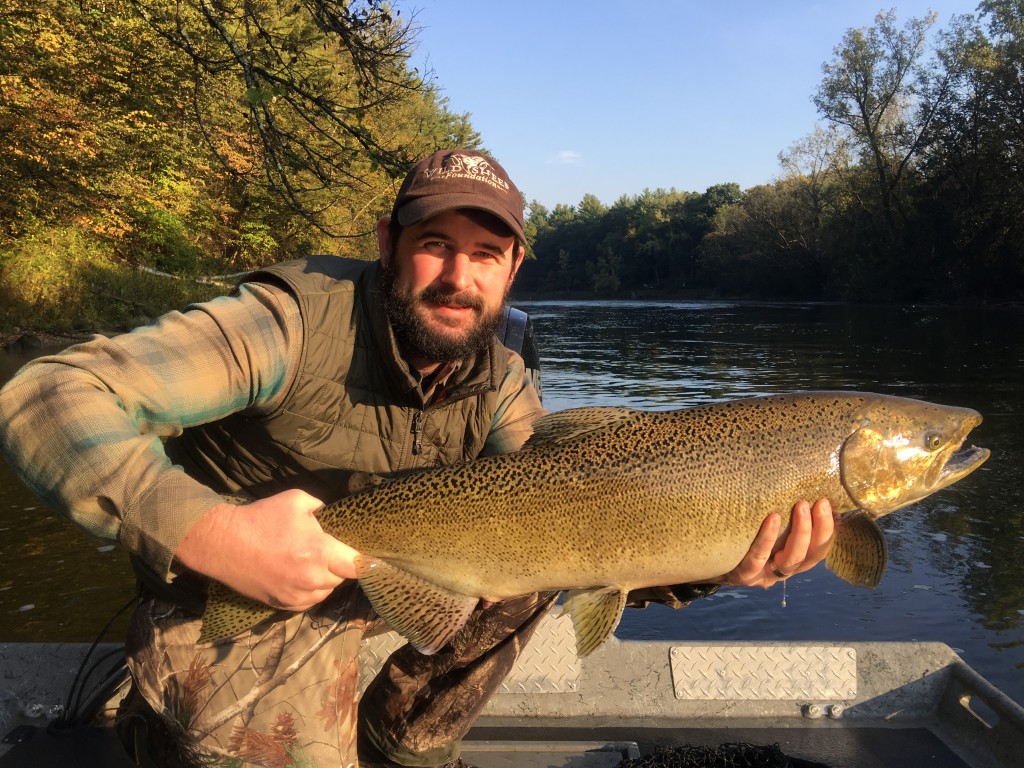 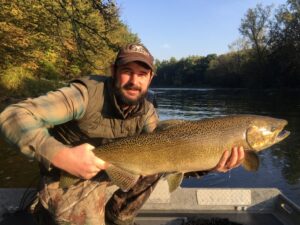 Tim, from CA, with a nice Muskegon river Chinook salmon caught on a group outing.

The Muskegon river fishing report for the Newaygo area is all about migratory fall big game fish such as Chinook and Coho salmon, as well as fall Steelhead, coming into the Muskegon river to provide some of the most exciting fishing of the year !

Chinook salmon, some weighing in excess of 25#, will test the best angler and equipment available, as these brutes of the big lake enter the river on their annual spawning run.

Not far behind the salmon with be arguably the fastest fresh water fish on the planet, a Michigan fall Steelhead, which run from 5-6#, up to 15# or more.   These epic leapers enter the river in the fall and feast on salmon eggs and the insect larva that gets kicked up during the salmon spawn.  Some steelhead stay in the river the whole winter, many head back to lake Michigan later in the fall, but provide great fishing right up to the new year.

Not to be left out are resident Rainbow and Brown trout, who will also be “posting up” behind spawning salmon and feasting on eggs and insects in preparation of the colder months ahead.

We fish salmon and steelhead with both fly fishing and conventional tackle, so it’s all a matter of personal preference…..from indicator nymphing and swinging streamers with top quality fly fishing equipment, to the use of spinning or baitcaster reels, no species of fish is safe with the arsenal of gear available !!

The Muskegon river is running near average flows and water temperatures for this time of October, but we could use some more rain to help get the steelhead further up the river system.