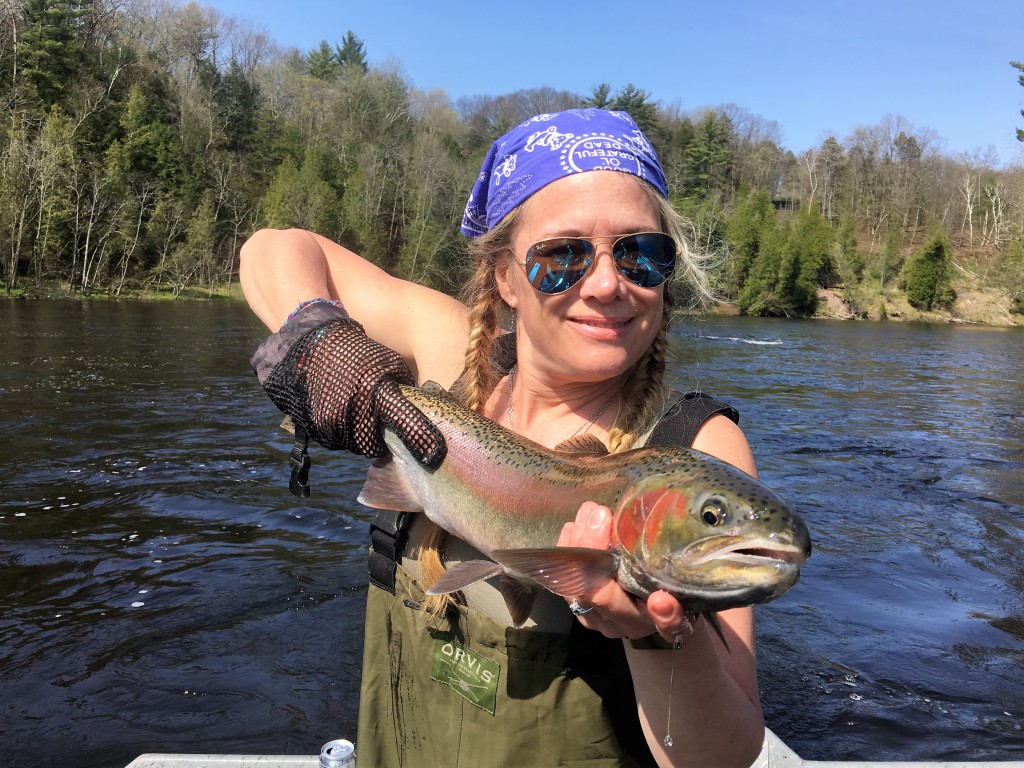 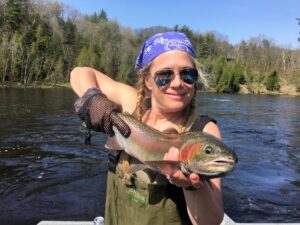 Sue, from IN, with a nice “dropback” steelhead caught while fishing with sons Jack and Sam, as well as husband Dave.

The Muskegon river in the Newaygo area, which is north of Grand Rapids in west Michigan, is running above average flows at this time due to heavy rains in recent days.

We are still fishing for our spring run steelhead on the Muskegon river, but the “run” is coming to a close a bit sooner than normal.  We will surely have a trickle effect for a while, as steelhead meander in from lake Michigan for another week or two, but he bulk of our spring run has come and gone.

Many days finds early morning steelhead fishing, followed by trout fishing with either streamers or indicator nymphing rigs.  It’s literally a buffet of options for resident Rainbow and Brown trout, from steelhead eggs/nymphs/larva that get kicked up during the spawning process, to baitfish ranging from a little over an inch, so other shiner minnows and recently stocked trout.  From real light rods and tiny streamers fished on floating lines, to medium size baitfish imitations fished on light sinking or sink tip lines, to even jumbo streamers fish on 7 or 8 weight rods, with 250-300 grain sinking lines.  For those not wanting to cast big stuff all day, but would like a shot at nice trout, I also pinch down the barbs on lures that are cast-retrieved while rowing down river. 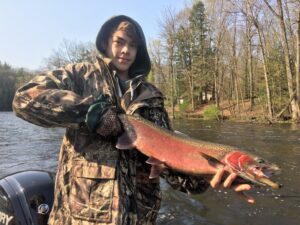 With water temperatures having hovered around 49 for many days, it looks like we’ll finally break 50 for good in the near future and once into the 50’s, we’ll see more bugs hatch, which will kick off the beginning of our dry fly fishing season on the Muskegon river.

In the days ahead,  I will be on the lookout for late arrival steelhead to cast to, as well as tasty looking runs for casting streamers/lures to, as well as well formed “tailouts” to do some indicator nymphing in.