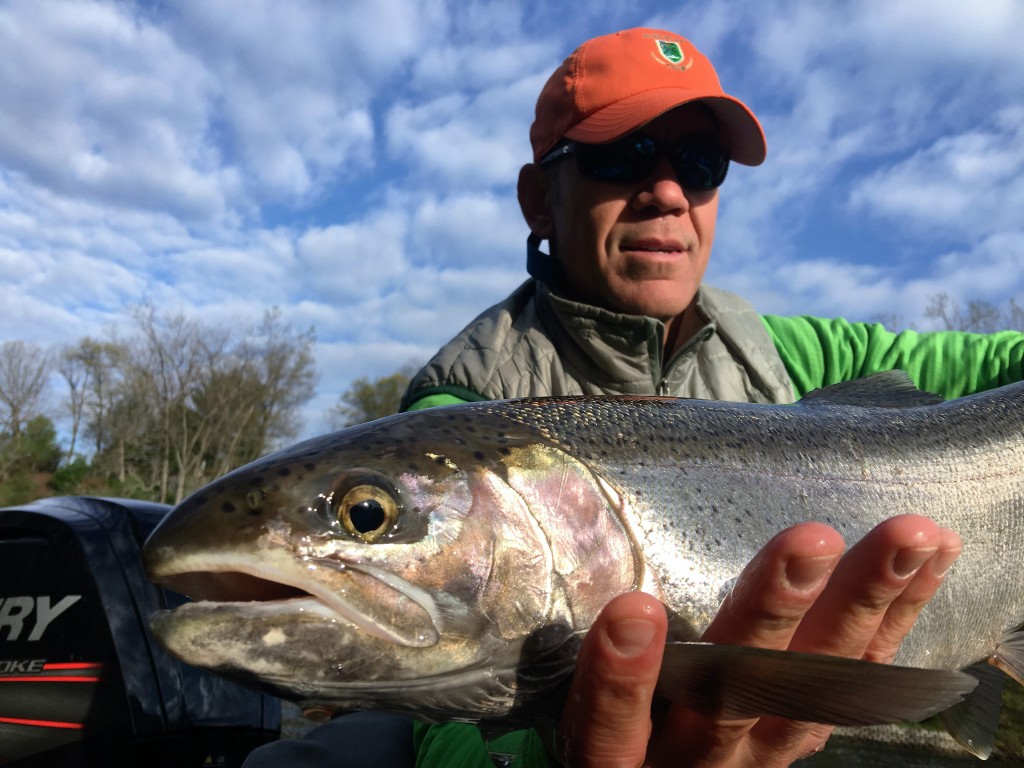 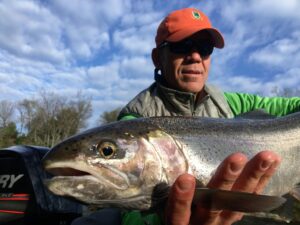 Scott, from West MI, with a rather chrome Muskegon river steelhead from our outing yesterday.

The Muskegon river is presently running above average flows for this time of spring and we had an odd and extreme change in levels today, with a fluctuation of over 1,000 cfs, which is about 1/3 of the water flow.   Some fish had a hard time adjusting to these changes, while others were not as affected based on their “lies” in the river. 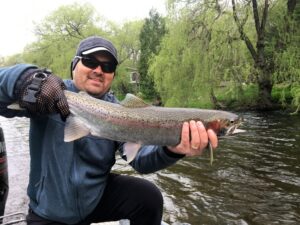 Tim, also from West MI, with a “dropback” steelhead caught on his outing with Scott.

We are still finding a few steelhead here and there, but the spring run of 2016 is coming to an end.  Trout fishing is taking precedence right now, with subsurface fishing being the focus with streamers or indicator nymphing.  I had seen some Caddis and March Browns emerging a few days earlier, but this cold weather front will surely adjust that a bit.

We will be approaching some of the better dry fly fishing come the end of the month and presuming Mother Nature doesn’t throw us any crazy curveballs, look to June for the most hatch activity overall….from Caddis, to Sulphurs, Gray Drakes, Isonychia’s and BWO’s.

Present water temperature in the 53-54 degree range most of today.