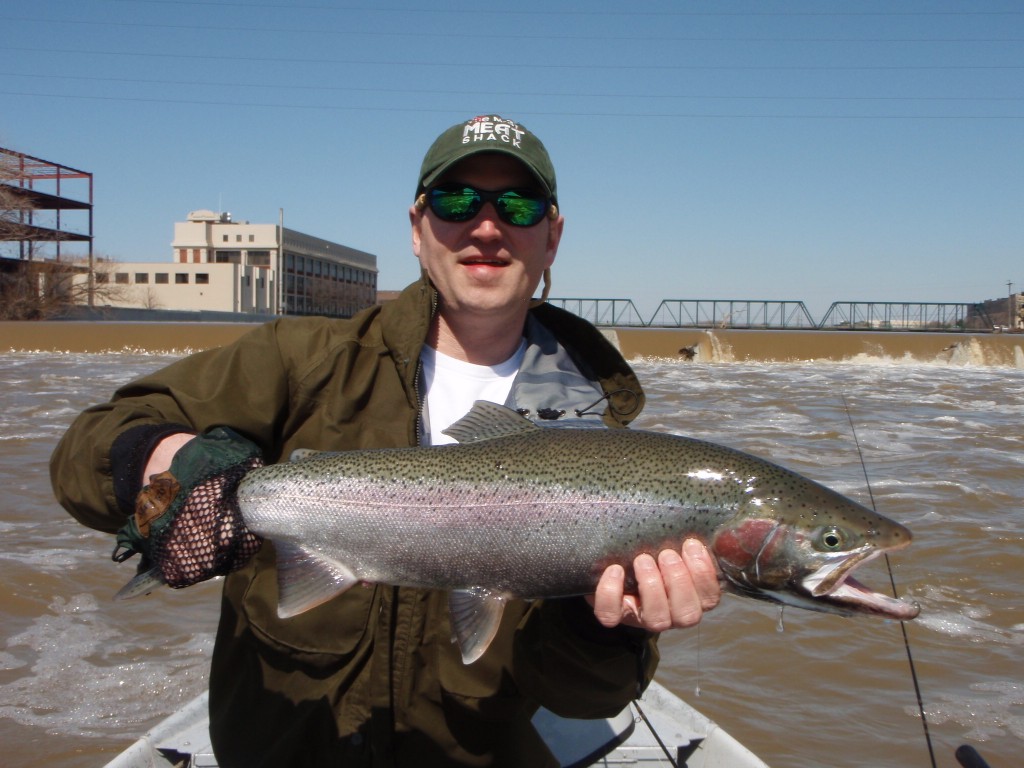 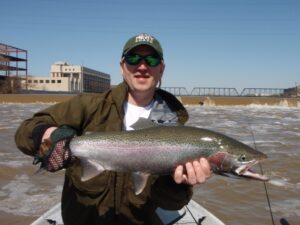 West Michigan Fly Fishing.   The Muskegon river near Newaygo, MI is running above average flows at this time due to the warmer than average weather over the last few weeks, aside from a few cold days here and there, which continues to melt the snow from our last snowfall about a week ago.

We are still fishing for both resident Brown and Rainbow trout, as well as migratory steelhead that are in the Muskegon river.  With both fly fishing and light spin tackle gear, fishing softer water runs with medium depths is producing fish.

We’re not far from seeing the first big insect emergence of late winter/early spring, our winter stone fly.  With 2 sizes emerging around the same time, these #16 & 12 nymphs will begin working their way to the shoreline, where they will shed their “shuck” and become flying insects.  We’re still a little ways off for this to happen, as it usually take place once water temperatures begin to come up consistently, but we’re not quite there yet.

With such a mild winter overall here in the Midwest, coupled with some decent, but more important, consistent snow falls, our runoff will not be as severe as the last couple years and we will likely see the spring run begin a bit sooner this year.

The Muskegon river spring steelhead season has begun and once water temperatures come up a few degrees, we should see our first big push of fish fresh out of lake Michigan.