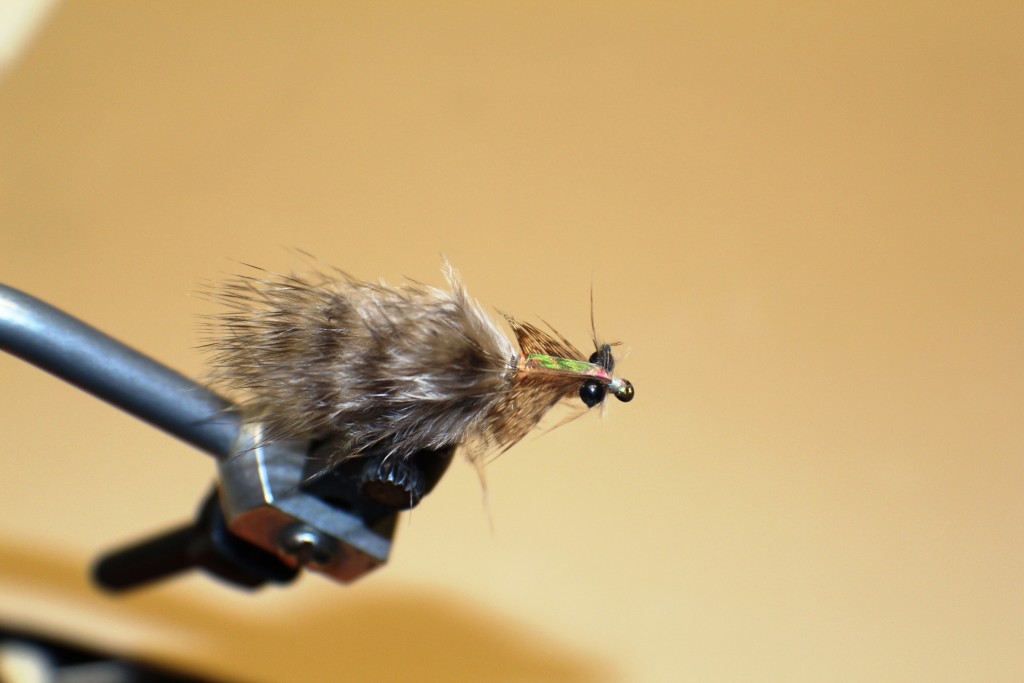 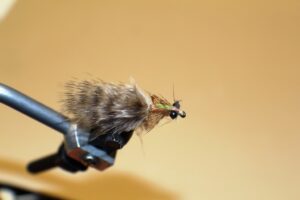 Muskegon river steelhead and trout fly pattern that I just tied and will be used in the near 2 months ahead during the spring steelhead run on the Muskegon river.

The Muskegon river near Newaygo, MI is running above average flows for this time of late winter due to the warm weather that came through most of the Midwest last week, which melted a lot of our snow.  This brought water levels up considerably in the tributaries that flow into the Muskegon river, but they should “flush” quickly over the next couple days.

The snow storm that came through much of west Michigan over the last 2 days will provide us with additional water in the low lying areas that surround the river and provide more runoff over the next week-10 days.

We are still catching both resident Rainbow and Brown trout, as well as steelhead that have wintered over in the river, as well as some new fish trickling in from lake Michigan.

With both fly fishing and light spin tackle gear, we will be in pursuit of both resident trout and migratory steelhead for the next 2 months, as the spring steelhead run on the Muskegon river goes well into May most years.