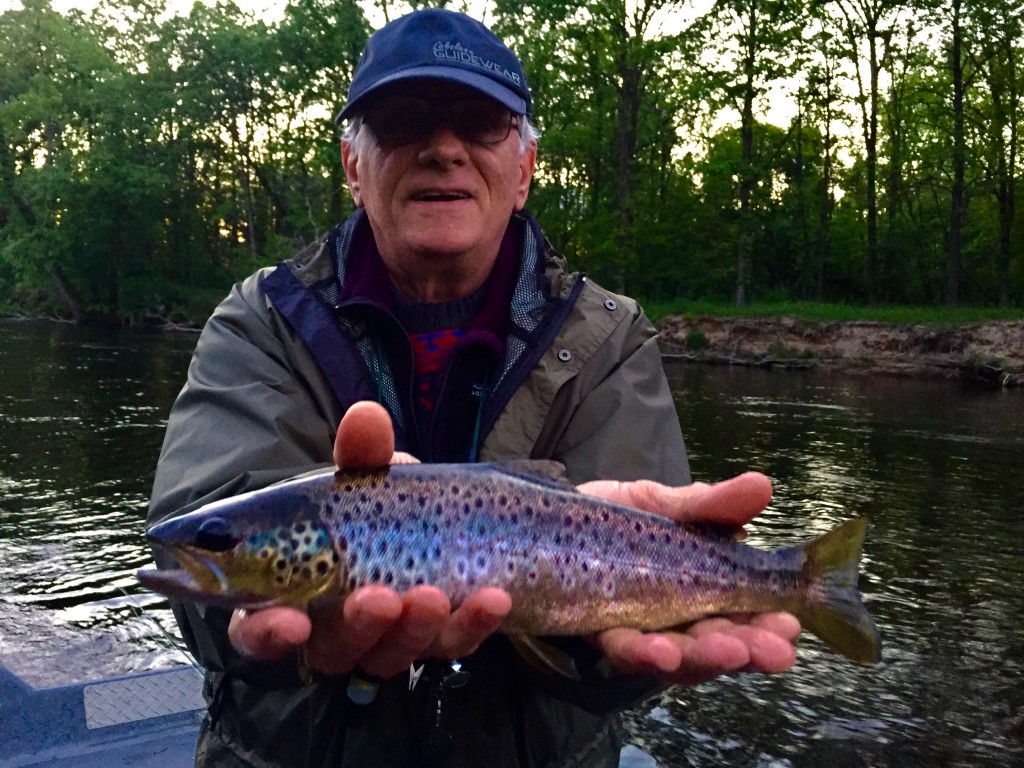 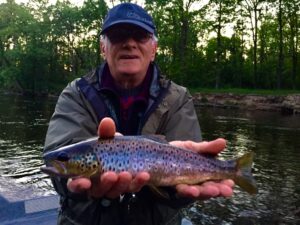 The Muskegon river fishing report for the Newaygo, MI area for June 1, 2017 is about the afternoon and evening dry fly fishing for resident Brown and Rainbow trout.

We are in the heart of dry fly season on the Muskegon river and have a buffet of flies emerging throughout the late afternoon and evening.  From Cinnamon Caddis, to Sulphurs, then Gray Drakes around dusk, the trout have plenty to choose from.

With some really heavy hatches on recent nights, we’re finding some fish are quite full and will feed actively for a short while, then they’ll just shut down.  With thousands upon thousands of bugs on the water over the course of several hours, fish can feed at their pace until their full, it’s a matter of getting good drifts over them to get a bite. 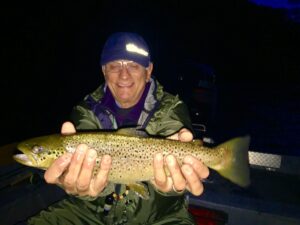 George with a very plump Brown trout that was taken at dusk on a dry fly.

Muskegon river water levels are dropping slowly and water temperatures have begun to rise, with present temperature in the 60-61 degree range.

Hatch activity should continue for another couple weeks, however much of this is dictated by water temperatures, so we’ll see how things progress in the near future.

With some rains forecasted for the coming weekend, we may see a slight rise in water levels, which would be a good thing as water levels are approaching low, July levels at this time.