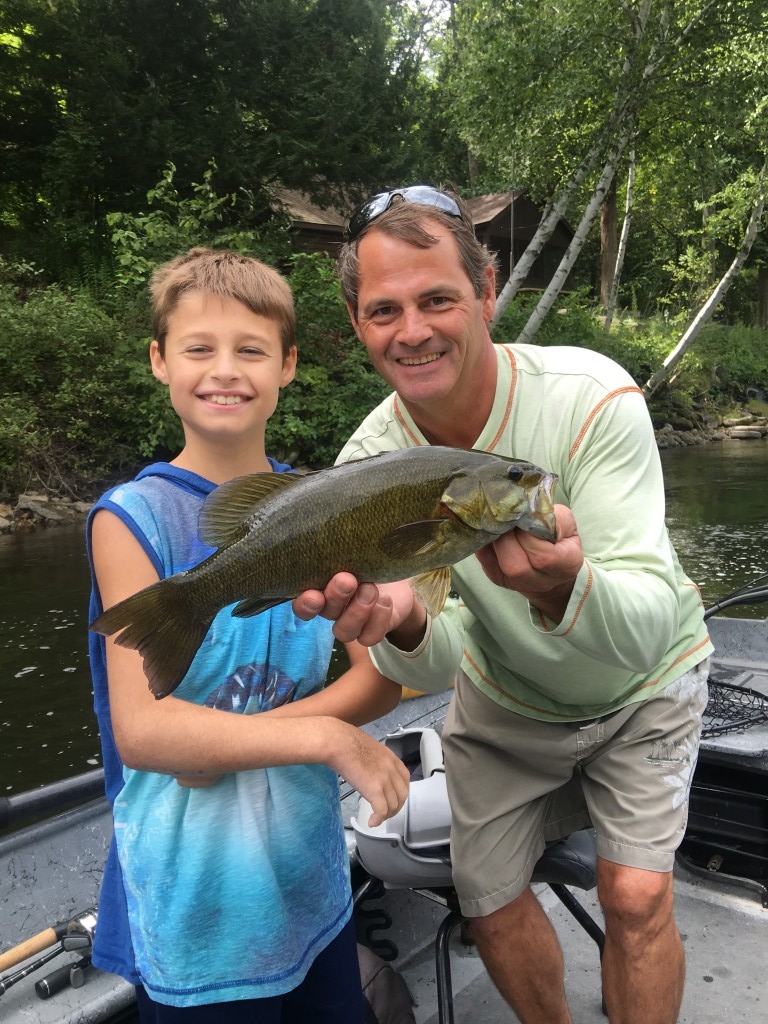 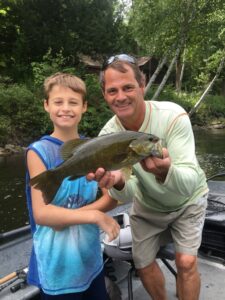 A GREAT day fishing with my boys Carter and Jack. Here’s Carter and I with one of his smallmouth bass from today.

The Muskegon river fishing report for the Newaygo, MI are is still all about summer fishing with smallmouth bass being the fish we target most come this time of late summer.  We are running into the occasional northern pike as well, along with a resident rainbow or brown trout as well.

Recent heavy rains that have come through much of west Michigan has brought river levels up, but still fishing well as water temperatures hold in the low 70’s.

With both fly fishing and light spin tackle equipment, fish are biting both topwater poppers/waking flies or lures, as well as subsurface imitations of crayfish, baitfish and a few general “attractor” patterns.

As we close in on the fall season, many thoughts will shift to migratory salmon, which enter the river in early to mid September, followed by steelhead, which will be right on the tails of spawning salmon and are fished through October, November and early to mid December. 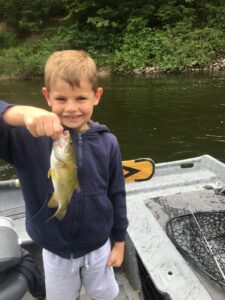 Jack Bacon with a very scrappy smallmouth bass, caught while fishing with dad and his brother Carter today.