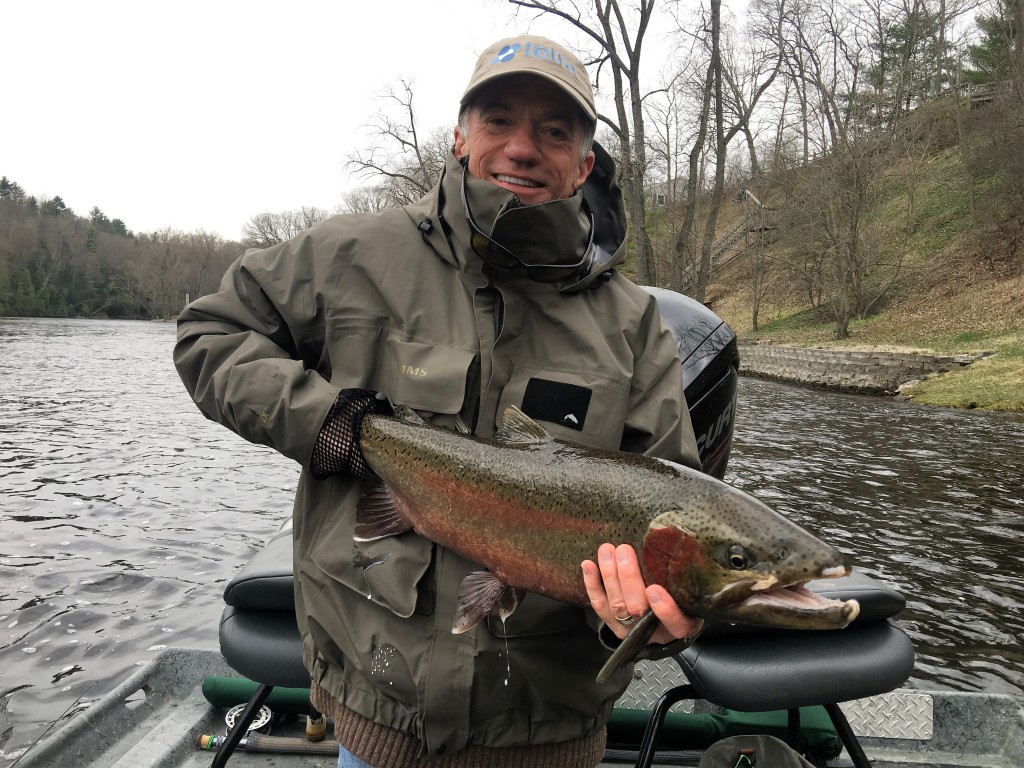 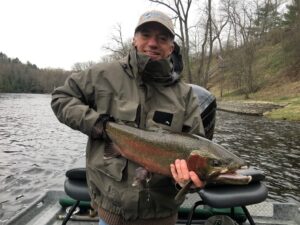 Mark, from west Michigan, with a nicely colored up Muskegon river steelhead.

The Muskegon rive near Newaygo, MI is still running above average flows for this time of spring, but coming down based on the most recent USGS water flow readings from the several gauging stations up stream.

We are in the middle of our spring steelhead season on the Muskegon river and after several days of fishing to a few fish here and there, it appears as though we’ve had a new batch arrive fresh out of lake Michigan. 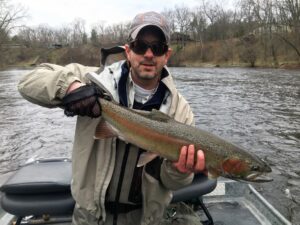 Joe fished with Mark today and although a great photographer for Mark and his fish !…… Joe brought some nice ones to net himself today as well…..THANKS GUYS !!!

With both fly fishing and light spin tackle setups, we’re still finding fish in both staging and drop back “lies”, as well as some aggressive male steelhead and nice resident trout behind them.

The trout are looking GREAT and should provide for some really good dry fly fishing from late May to late June.

Present water temperatures in the 47-48 degree range, but due to rise even more with dropping water levels.