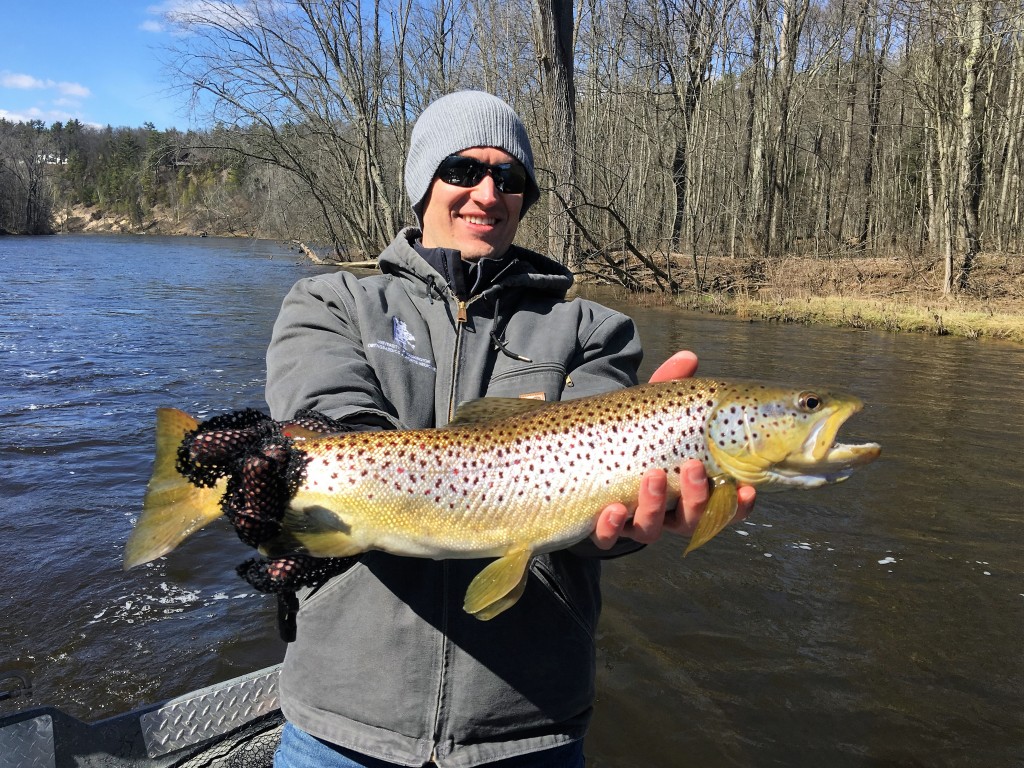 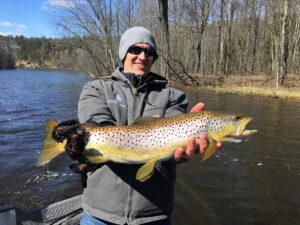 Dan, who’s taken up part time residency in Grand Rapids while finishing up his medical studies, with a GREAT Muskegon river Brown trout caught today while fishing with George.

The Muskegon river north of Grand Rapids, MI is still running above average flows for this time of mid April, but has been quickly dropping over the last 24-48 hours.  We are into our spring steelhead run and finding fish each day with both fly fishing and light spin tackle setups.

With spring steelhead in all “phases” of their annual spawning run, their are several ways to approach fishing them.  We have “staging” fish that are holding near spawning grounds in deeper pools and runs, along with fish actively spawning in certain areas, as well as “drop backs” in several tailouts of major spawning flats.  These are fish that have already spawned and have “dropped back”, to feed a bit before beginning their return trip to lake Michigan. 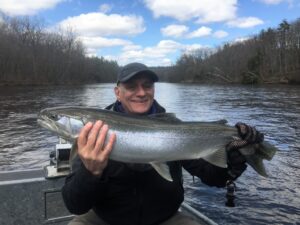 It has been a combination of egg patterns and sparsely tied, but semi-flashy nymphs that have been getting the most bites over the last couple days as water conditions improve.  As water temperatures continue to rise both resident Brown and Rainbow trout, along with migratory steelhead, will become more active in all parts of the river.