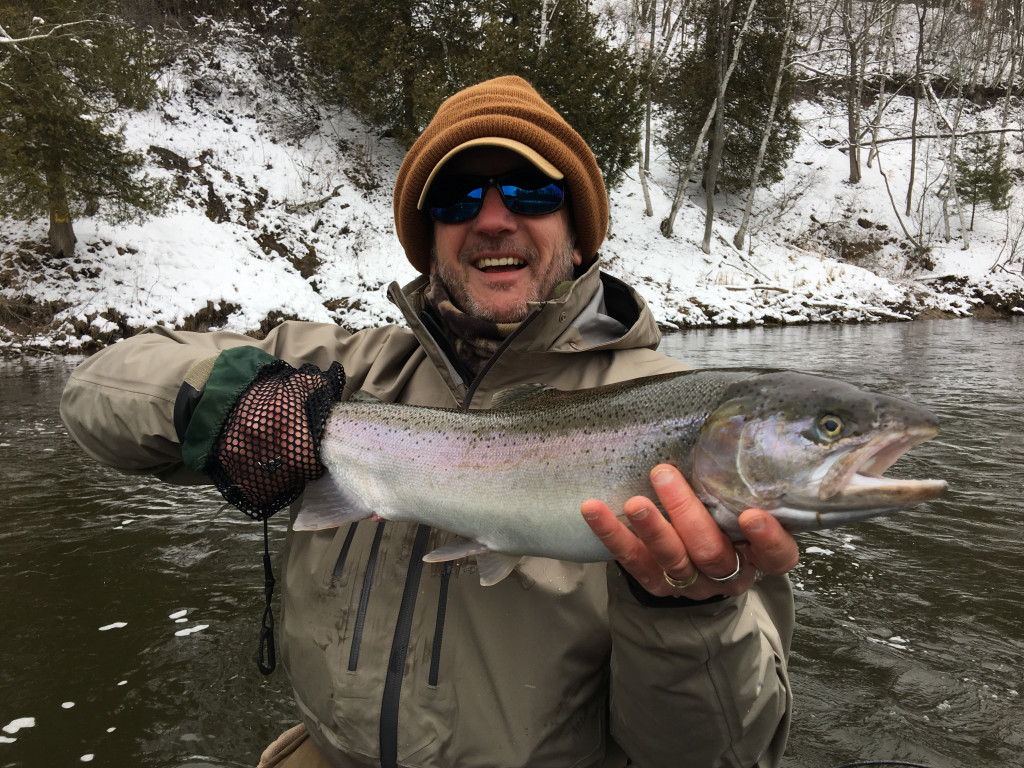 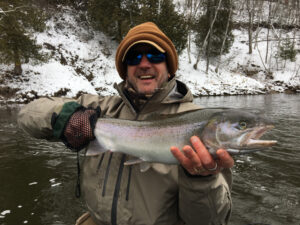 Steve holds a nice, spunky steelhead caught on the Muskegon river today…..pretty fresh fish that came up during the higher water in recent days.

The Muskegon river fishing report for March 8, 2018 in the Newaygo, Michigan area north of Grand Rapids, is about the onset of our spring steelhead run for 2018 !!

After heavy rains came through the Midwest in late February, most rivers rose quickly and some reached or surpassed flood stage.  Many have dropped in flows and are coming back into shape.  The Muskegon river has since dropped a few times and clarity is slowly improving.  That said, water temperatures have dropped a degree or two over the last week due to the return of colder nights in the upper teens and low 20’s….pretty standard for early March in west Michigan !

All that said, we did get some new steelhead in from lake Michigan, but how many is anybody’s guess, as water levels had the fish pretty scattered for several days.  Although the “bite” can be a bit sporadic at times during such conditions, there are steelhead to be caught for sure and the persistent and patient angler will be rewarded.

With both fly fishing and light spin tackle equipment, we’re still  focusing our efforts on fishing likely holding water for these conditions, but as river conditions change, so will the areas that we fish.

With the long range forecast calling for a gradual warming trend, we’re undoubtedly on the front end of the spring steelhead “run”…..but not quite there yet.