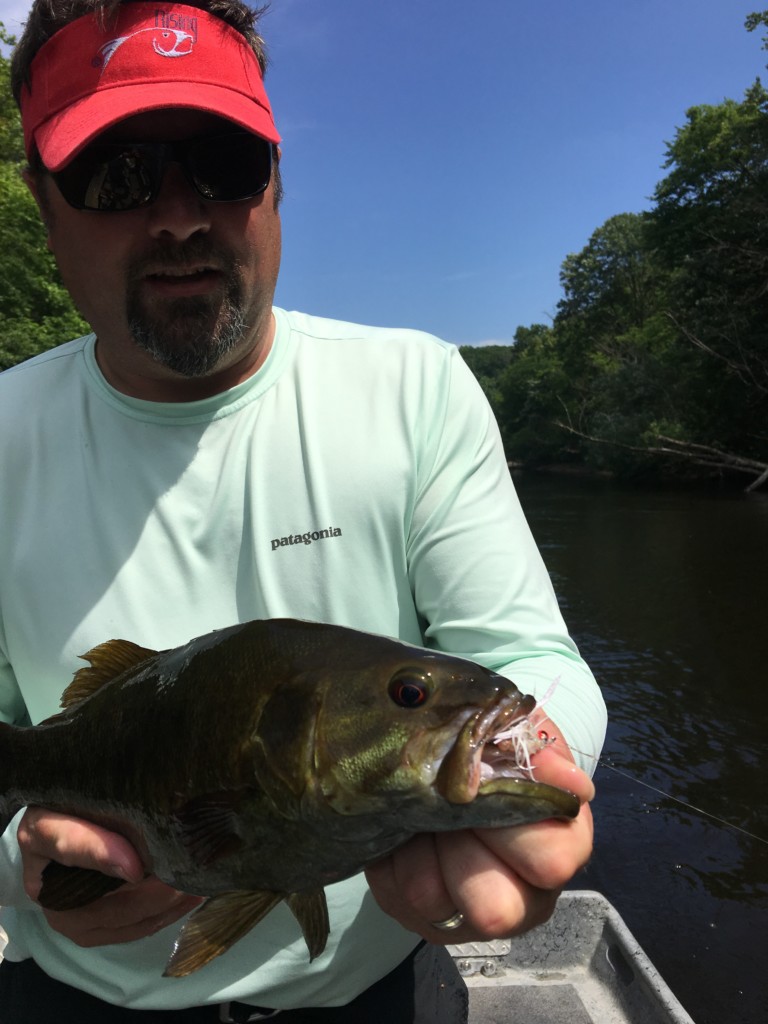 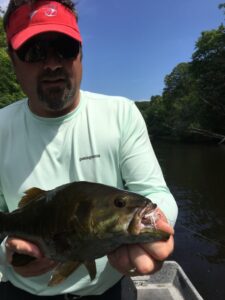 Dan with a nice sampling of our results from yesterday on the Muskegon river.

The Muskegon river fishing report for June 27, 2018 in the Newaygo, Michigan area is focused on the magical month+ ahead, as we get into the beginning of PRIME SMALLY TIME !   Smallmouth bass will take top honors for several weeks, as water temperatures warm up to where chasing trout around is not a really heathy thing for trout come mid summer on the Muskegon river.

With both fly fishing and light spin tackle equipment, we’ll cast topwater and subsurface flies and lures to entice strikes from mostly Smallmouth, but also the occasional northern Pike and even a Walleye or two here and there.

At some point over the next month+, I will be venturing to different stretches of the Muskegon as we fish each of the impoundments, as well as some stretches of the Grand river around Grand Rapids and even a bit east, in the Ionia area.

Equipment for fishing topwater include a 6 or 7 weight fly rod with something like the Orvis Hydros bass taper, click HERE to learn more about this Orvis fly line.   For conventional tackle,  a 7-8′, medium action spinning rod and reel spooled with either 6-8# monofilament, or 15-20# braid, with 3-4′ of 6-8# line tied on the end works well.

Subsurface offerings will come from similar fly rods, but reels spooled with either the same bass taper floating line and a 10-15′ section of sink tip, or reel simply spooled with 200-250 grain sinking line, such as the Hydros Depth Charge sinking fly line, click HERE to learn more about this Orvis fly line.  The conventional tackle setup would include the same rod/line as noted above, but using medium diving lures such as Rapala’s or spinners to get 2-4′ below the surface.

With our weather patterns having “kind of” returned to more normal conditions for the end of June, we’re looking forward to July and the “dog days of summer”…. as these are when warmwater species of fish really get going !

Present water temperature in the 67-68 degree range on the Muskegon river, in the Newaygo area.  Click HERE for the latest river conditions.