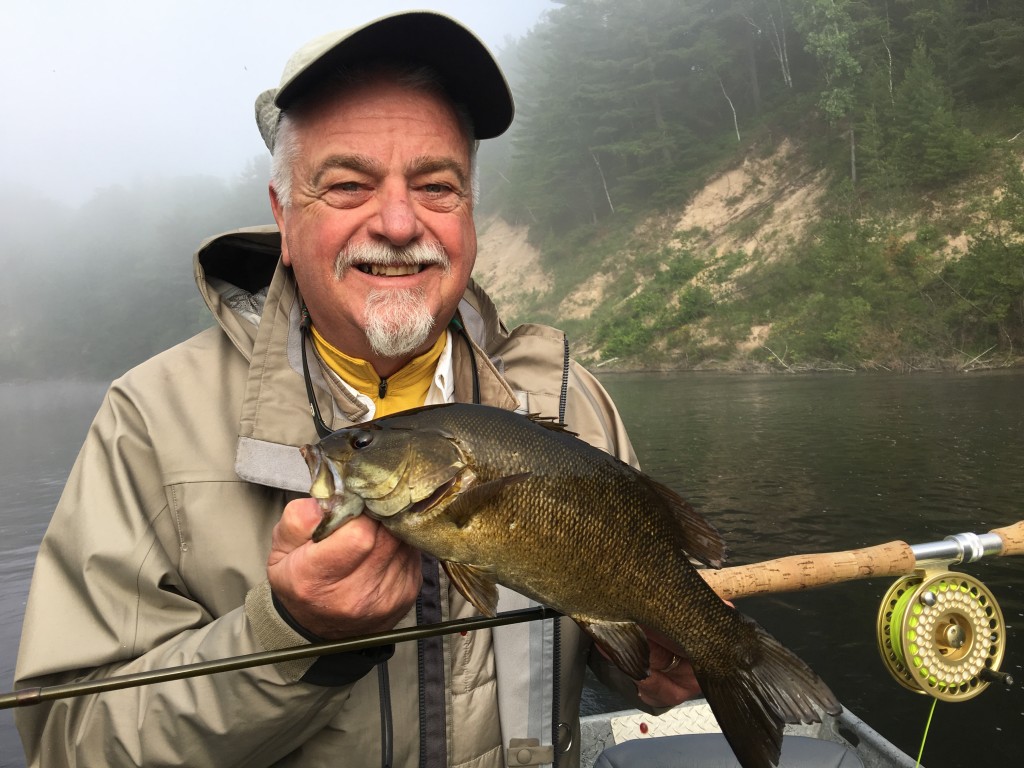 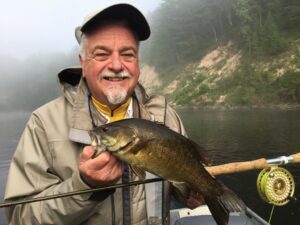 The Muskegon river fishing report for June 22, 2017 in the Newaygo, MI area is about an early “change of seasons” for Rainbow and Brown trout, as well as Smallmouth bass.

With our spring/early summer seasons having gone back and forth way more than normal over the past month, we’re seeing a significant drop in insect hatches and rather limited dry fly fishing for trout.  That being said, Smallmouth bass are showing up, becoming active and we’re fishing for both trout and bass on any given day.

Early mornings over the next week or two will have small Trico’s coming off the water, with trout delicately  feeding on these #18-20 dry flies.  There are several spots to target trout taking Trico’s early in the morning right now, but a nice, soft cast and proper presentation is essential to getting a bite.

I have seen trout taking very small baitfish near the surface as well, so if/when we come across that scenario, you have a pretty good chance of getting a bite.

With both fly fishing and light spin tackle we’ll pursue Smallmouth bass and in stretches where present, Northern Pike and Walleye as well.  With many miles of the Muskegon river to fish below Croton dam and upstream, between the impoundments throughout the rest of the summer.

When river conditions are good for it, I will also be fishing the Grand river around the Grand Rapids area through June, July and early/mid August.

Overall river conditions are pretty good considering the surge-n-purge nature of our weather over the last near month, with present flows a little above average at 2100 cfs and water temperatures holding in the 65-66 degree range.