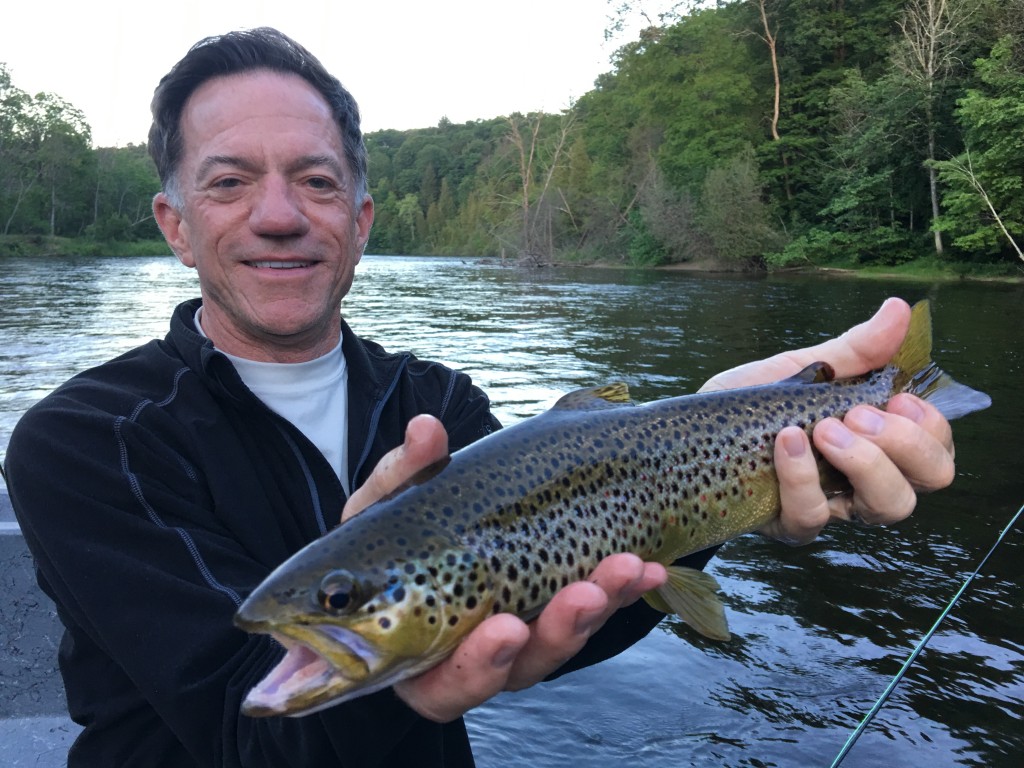 The Muskegon river fishing report for June 17, 2017 in the Newaygo, MI area is a mix of the tail end of our major insect hatches and approaching the onset of good Smallmouth bass fishing. 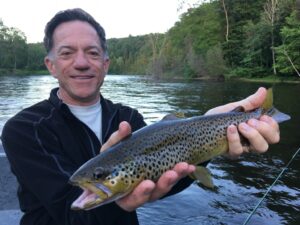 With an odd “spring” season in general, insect hatches got going a little earlier than normal this spring and appears as though it will come to an end a couple weeks earlier this year.  We still have hatches and some good ones at that, but I would imagine that by the end of the month, the “heavy” hatches will be over.

Resident Brown and Rainbow trout are feeding on Caddis, Sulphurs, what Gray Drakes are left and fly/falling late night and real early in the morning, as well as the onset of Isonychia’s and even BWO’s on cloudy days.  Caddis will be the first bug seen during the day and is coming off mid to late afternoon, Sulphurs from late afternoon – dusk and Drakes and Isonychia’s from dusk – dark.  Swinging wet flies and small baitfish on 4-6 weight fly rods with long leaders or sink tips will get flies down to fish as well. 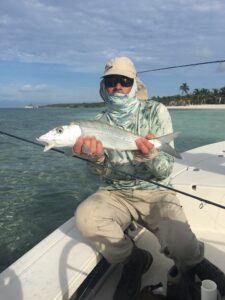 This is the reason why I was not providing updated river reports for the last week or so……was with clients of mine, at their place down south, chasing these critters !

Once the present weather patterns that’s coming through the Midwest passes, we should see some early morning Trico’s coming out, which will provide some really fun, long leaders, light line dry fly fishing.  Casting #18-22 dry flies on 7x to “noses” poking up regularly can be a LOT of fun, but a delicate cast in a necessity…….sloppy casts can put a whole pod of fish “down”.

We’re not far from seeing good numbers of Smallmouth bass come into the river and become very active.  With both fly fishing and light spin tackle equipment, we pursue “smally’s” with both topwater waking flies/poppers, as well as subsurface imitations of baitfish and crayfish.

River levels came up a little with the heavy rains that went through northern Michigan the last few days and is in very good shape for this time of  June.  Present water temperature in the 67-68 degree range.