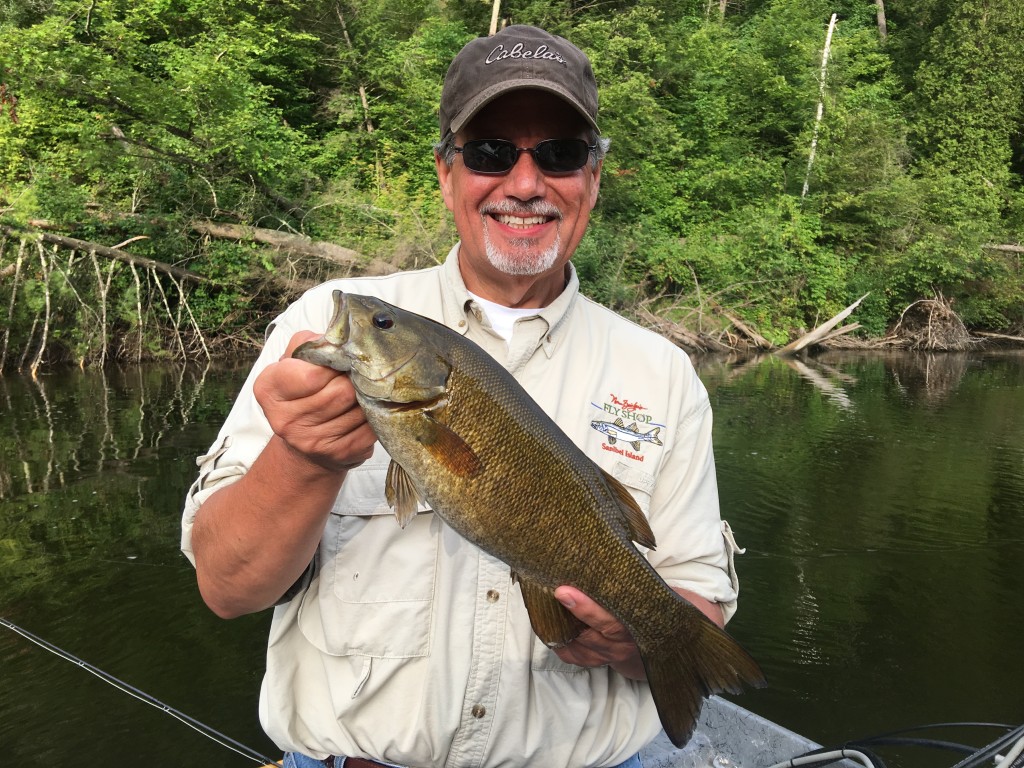 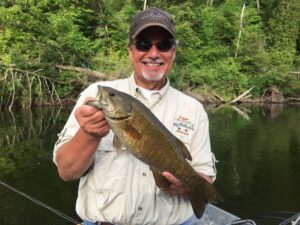 Mark, from Bloomington, IN, with a Muskegon river Smallmouth bass.

The Muskegon river fishing report for July 17, 2019 in the Newaygo, Michigan area is about the shift from Rainbow and Brown trout fishing, into the prime time for warm water species such as Smallmouth bass, Northern pike and Walleye.

With true “summer like” weather having finally arrived over the past 10 days-2 weeks, river temperatures have begun to rise and many of the rivers in Michigan that had been running high for the better part of the last near 2 months, have begun to drop.  Click HERE for current Muskegon river water flow data out of Croton dam, in the Newaygo area.

With both fly fishing and light spin tackle equipment, we will be fishing both topwater and subsurface flies and lures, such as baitfish and crayfish imitations, to catch mostly Smallmouth, but also the occasional Pike and Walleye, depending on what stretch of the river we’re fishing.

After yo-yo like weather over much of our late spring and early summer, it looks like we should see more normal weather over the next week-10 days.  Click HERE for current and forecasted weather for the Newaygo, Michigan area.

Presuming we  don’t get another round of weather curve balls from Mother Nature, I’ll be looking for the Muskegon river to stay in warmwater species mode through August and see some of our first fall run Chinook salmon show up in September, with a majority of our salmon run being in the river during the month of October.

However, we still have some fish to catch between now and salmon time !

Present river temperature below Croton dam is in the 70-71 degree range.