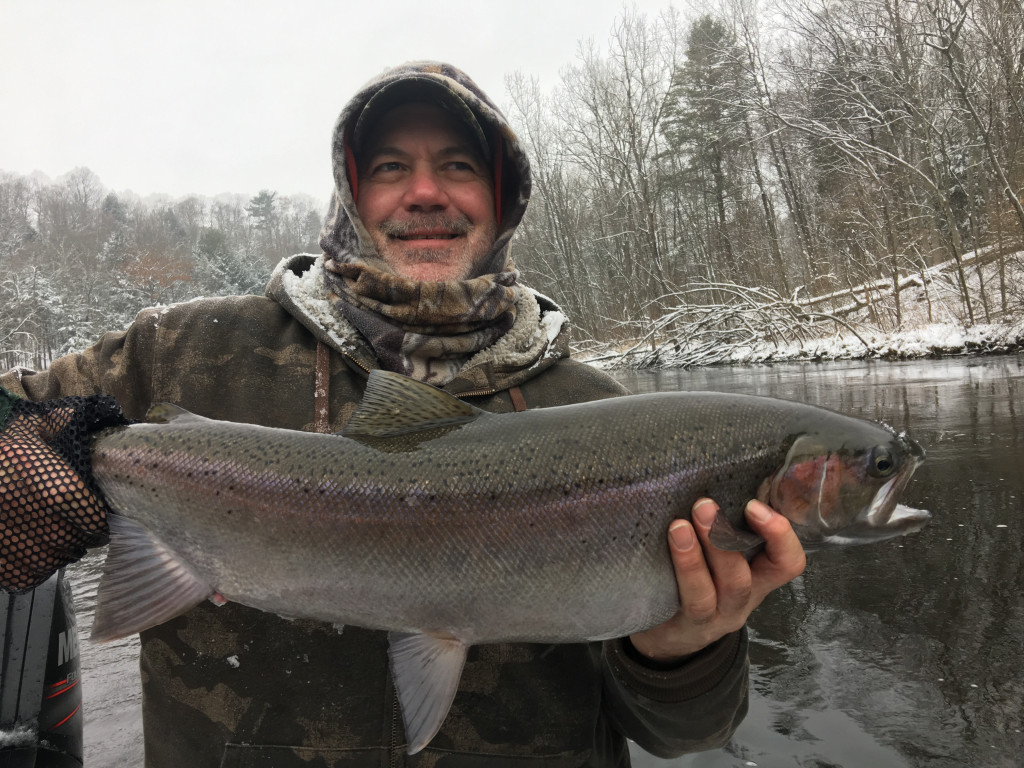 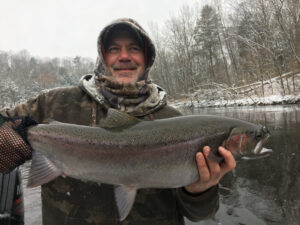 Butch with a nice Muskegon river steelhead from our recent outing.

The Muskegon river fishing report for December 19,2017 in the Newaygo, MI area is about the changing of overall river conditions as we get into the onset of the “winter” season.

With dropping water temperatures over the last week, fish are moving to their typical winter “lies” and will likely occupy that same kind of water over the next couple months.

We’re still fishing for both resident Brown and Rainbow trout, as well as Steelhead that are wintering over in the river.  Both trout and steelhead will be holding in that same type of water, as river temperatures drop to their coldest levels this early winter.

Due to the warmer weather over the last couple days, some of the snow in the middle and upper stretches of the watershed has melted and we’re seeing some runoff into the river and rising river levels as a result.

With both fly fishing and light spin tackle equipment, I’ll be targeting both trout and steelhead over the next month+.