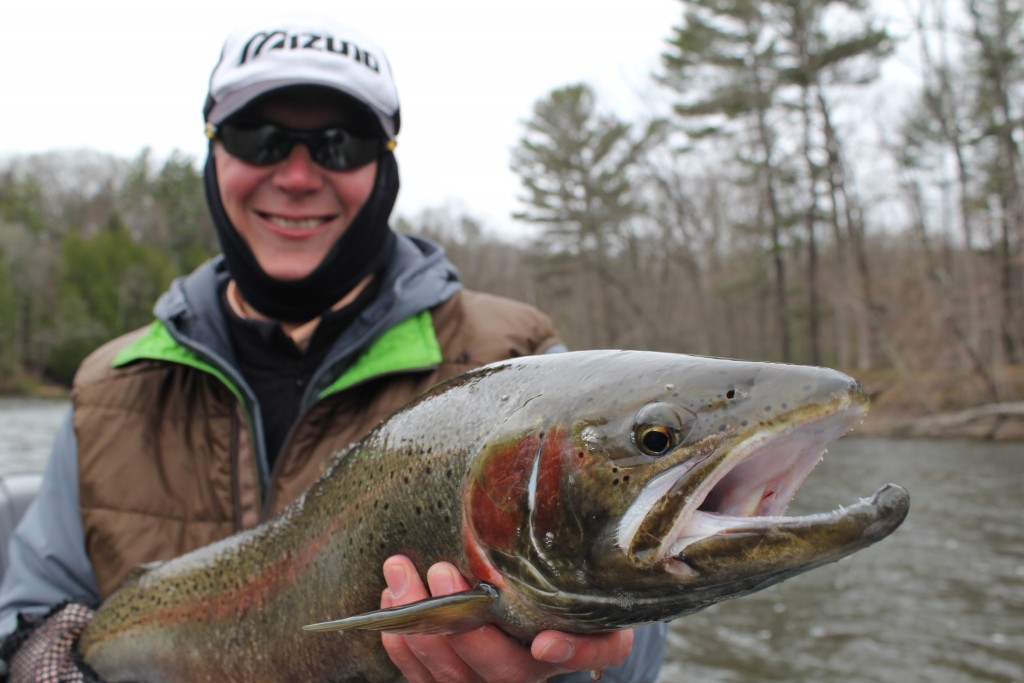 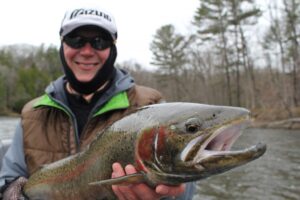 The Muskegon river near Newaygo, MI is running slightly above average flows at this time after having dropped a bit today.  In general, the river is in good shape with water temperatures having dropped a few degrees over the last week due to the return of colder weather throughout the Midwest.

The spring steelhead run is in full swing, with fish coming in fresh out of lake Michigan every few days and replacing those that have already completed their spring spawning run and either back in lake Michigan or headed down now.

We are pursuing them with both fly fishing and light spin tackle gear and doing quite well when river traffic is allows fish to settle into their respective “lies” in the river.  With the return of colder weather this past week and the slowing of rapidly rising water temperatures, we should have good fishing up to mid May. 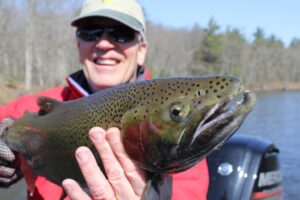 It has been an interesting mix of “staging” fish, those in the river, but not yet ready to spawn, spawning fish and “dropbacks”, those fish that have already spawned and have “dropped back” into pools and runs close to spawning grounds, where they feed quite aggressively at times, before heading back to lake Michigan.

Fish are being taken on both egg patterns/imitations, as well as nymphs such as green caddis, hares ear, black stone fly nymphs and small, bushy hex nymph patterns. 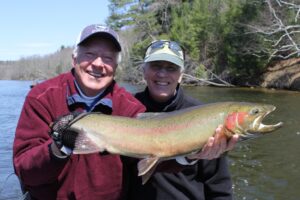 Dr. Jack strikes again !!! The Muskegon river steelhead “sniper” was back in action with friend Alan for a great day on the river.